SFA Engineering is a leading company in the fields of material handling systems (logistics), precision equipment, technology for OLED panel manufacturing and printed electronic equipment for the manufacturing of semiconductors and electronic components. The business was created in December 1998 when spun out from the Samsung Group and has 620 employees. SFA Engineering holds 446 patents in South Korea and 88 internationally. Young Min Kim was the original CEO until 2007 then returned to that role in 2012. 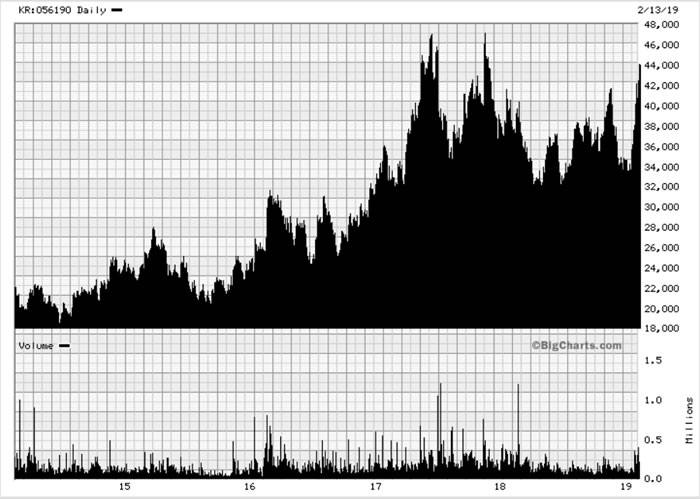 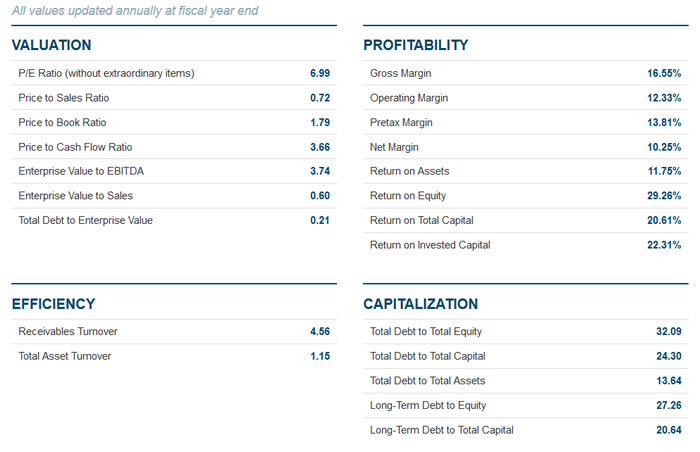 The VMQ score is underpinned by very strong value and quality measures, while momentum has been the cause of volatility in the overall score. In particular, the sharp decline in the score during April and May 2018 can be attributed to the number of analysts downgrading their forecasts for the company, this can be observed on the chart on page 5. Since June 2018 the number of analysts issuing upgrades has equaled or exceeded the number issuing downgrades, that change in momentum has resulted in the recovery in the overall VMQ scores to near maximum levels. 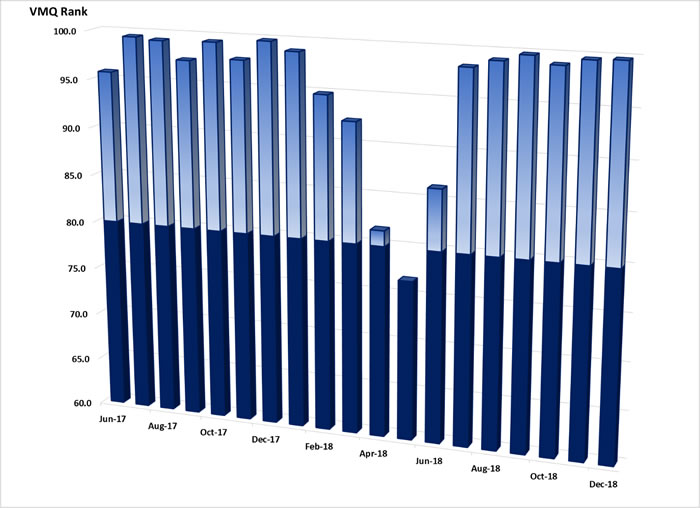 SFA Engineering has developed significantly since being a small satellite in the Samsung Group empire. We particularly like the strategy of positioning the business to take advantage of increasing demand for smart factories and the moves to develop internationally. 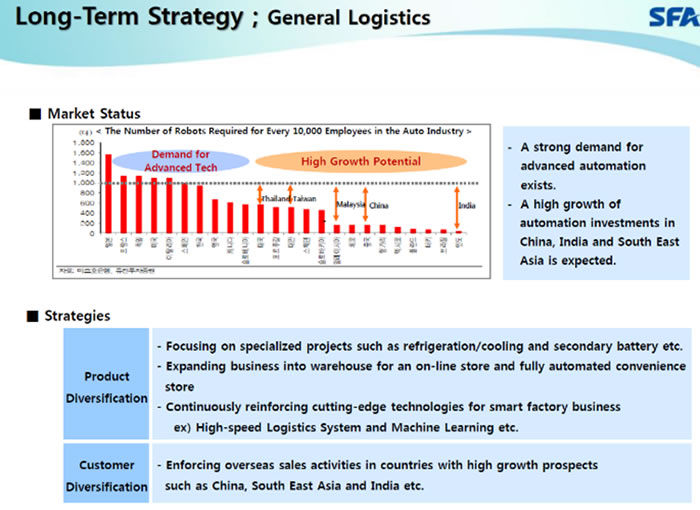 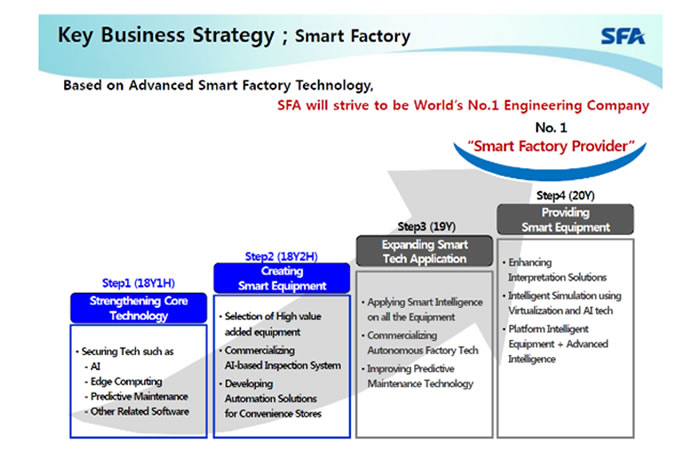