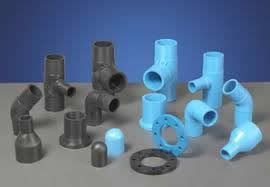 We have been suggesting that investors take a fresh look at Asia and that includes Japan but currently excludes India. The markets are cheap; companies are treating shareholders more seriously; and the current sell-off provides a great entry point on a multi-year time horizon. We are launching an Asia small and mid-size companies trust and are using our years' experience of living understanding and investing in Asia, alongside our quantitative models which identify attractive stocks and control portfolio risk.

We have stated many times that GDP growth does not equate to equity returns but that valuation is far more important. Currently the equity risk premium in Asia is high, meaning future returns will be above average. It doesn't really matter that GDP forecasts are being wound back in the face of trade disputes and rising interest rates. Now is attractive because markets are cheap and catalysts for change are apparent.

In the chart below we plot the historic P/E ratio for the Japanese market to the end of June 2018. Given that expected earnings growth for the market is about 18% for this calendar year this makes Japan look very attractive from a valuation perspective. It is clearly likely that earnings expectations will be reduced from here because we know that analyst expectations are always scaled back from euphoric levels as the year progresses, and that the current trade tariffs between the USA and China which are being imposed and escalated, will give companies either a useful or a genuine excuse to reduce earnings forecasts. Nonetheless, even if earnings growth comes in at 10% it makes for an attractive risk return opportunity to be investing in Japan.

To show it is not just Japan that is 'on sale' in Asia we show the Singapore market P/E ratio too.

So why would we want to start investing while Asia and China in particular, is going through a trade war?

The trade dispute may turn nastier but we believe some of it is posturing ahead of the USA mid term elections, and will disappear afterwards. If however there are serious permanent reductions in trade flows to and from the USA and China, then there will eventually be increasing substitute trade WITHIN Asia. If Chinese companies cannot source technology from USA companies at reasonable prices then Japanese technology will replace it. There may be a performance difference between the DRAMs produced by Micron of the USA and Winbond from Taiwan for example, but this quality difference could be made smaller if increased trade volumes provide Winbond with the cash flow to increase their R&D and thus their product performance. Other examples abound of potential substitution of USA goods from other Asian sources. Ironically the trade dispute may encourage a move UP the valuation curve within Asian companies, to the detriment of the USA?

Our recommendation is actually to focus on investing in Asian smaller companies which are typically more domestically focused anyway, so anything but global economic Armageddon should see these domestically oriented companies continue to do just fine. They cannot be completely immune from a trade war but they are a lot less exposed since they rely on domestic spending and not USA import demand. The brutal truth remains that Asia has a far better fiscal position than the 'decadent' West and can afford to unleash the fiscal pumps in the event of a global growth hiccup induced by interest rate rises or trade disputes.

Why is China not like Turkey, South Africa and Argentina which have seen their currencies depreciate significantly? Does Asia not have this risk?

Emerging market currencies have been hit recently and the Chinese RMB has fallen too, although not by as much as the others. We need to distinguish between countries which are net creditors and net debtors. Many countries have run persistent current account deficits for many years and this eventually causes strains, particularly on their banking systems. These deficits can be financed by direct foreign investment which is good, but also by short term money flows which can be dangerous because the money can flee at the first sign of trouble. The worst problems lie where these money flows are in a foreign currency such as the USA$.

This has been the case with Turkey, and the Lira has been slammed as has the Brazilian Real. We wrote about this recently in an article where we advised investors to avoid Emerging Markets as an asset class but to distinguish between countries on the basis of their external debt.

Australia too has a negative Net Foreign Asset position as bad as Turkey's, but thankfully a more constructive attitude to FDI which tends to be 'sticky' inflows. They can't be readily liquidated and represent a good long term commitment. Nonetheless, the A$ is going to remain vulnerable to a risk off trade as much as any seriously negative NFA country. Much of Asia on the other hand has run persistent current account surpluses especially after their experience of the Asian crisis in 1997 when they had their 'Turkey moment'.

Consequently many Asian currencies are more resilient and fundamentally sounder than the A$. Some, such as the Indonesian Rupiah, are weaker but we don't invest there. Note how the Rmb and the Chinese banks have outperformed the Rupee and Indian financials recently. India is not the fundamentally sound place that most commentators believe. It's NFA position is deteriorating; FDI into India is quite difficult due to bureaucracy and it is also an expensive market. We will not be investing in India. Not until it represents better value anyway.

Is now a good time to invest in Asia when China is slowing down?

China is inevitably going to see slower growth simply because of its size. The easy gains from adoption of industrial processes and mercantilism may have already been made. However, the point is that even 'only' 5% growth from an economy that is bigger by 100% than it was 15 years ago, is worth a lot more in profit potential than an economy half the size but growing at 8%. Look at China as an economy which is bound to slow but which offers an increasingly diverse range of companies and opportunities for profit to other Asian companies, and you won't be shocked but pleased with your returns.

You are including Japan. Why? What makes Japan different now?

Japan had a spectacularly inept approach to the ending of its asset bubble in the early 1990s. Companies continued to over invest as did the government and returns on capital fell dramatically. Check out this table below which traces the Return on Equity of Japanese companies over the last 50 years. Consequently, the Japanese equity market has basically moved sideways for over 20 years. We believe it is time for a fresh look.

We possibly won't get back to the double digit returns on capital on average, but some companies are getting back there and we show the return on equity in our existing portfolio of Japanese companies by way of illustration. This is a high return on equity and don't forget that revenue growth is running at almost 14% for our chosen companies. Don't also forget that nominal interest rates are very low in Japan and that it is the gap between these rates and the return on equity that matters. Australian companies may achieve higher returns on equity, but they have to since their cost of capital in nominal terms is higher.

Japan is also quietly increasing its population of working age by immigration. One of the fallacies of Japan is that its economy is moribund and that deflation is a serious headwind to profits. It was very much more the shrinking of the working age population that is responsible for low GDP growth. Adjust for that and Japan is outperforming most other economies. Now the working age population is rising due to immigration, we anticipate better headline growth numbers. As we say, that doesn't matter for equity returns, but the positive headlines will help attract other investors to the equity market. Other catalysts could easily be the Rugby World Cup in 2019 and the Summer Olympics in 2020, both of which will showcase Japanese technology, social cohesion, and a very high standard of living.

When a market is suffering from universal revulsion, as is Japan now, AND there are signs of change, the profit potential is enormous.

Small companies are riskier but that has benefits. A diversified portfolio can reduce the risk from any one stock and the advantages of a portfolio of smaller companies can kick in. They are more domestically focused which makes them somewhat immune from political band standing and tweeting on trade; they are more inefficiently priced and less well researched which means active management can add value; and they provide more choices to build a diversified portfolio. We look at over 2,500 companies compared to about 100 available in Australia of sufficient liquidity. Given that they operate in sectors which are very small in Australia such as Consumer Staples and Technology, they are a powerful diversifying opportunity.

Is now good timing to invest in Asia or will there be a better time later on?

Who knows if we have picked the exact correct moment to invest, but any investment programme should look to be longer term in nature (>3 years) and take the view that earnings growth and reinvestment of dividends provides the basic return stream and that any P/E expansion is a bonus. On that basis this is a good time since P/Es are low and yields attractive. As Einstein remarked, compound interest is the 8th wonder of the modern world. Our approach is to buy stocks which are out of favour and a little cheap and this has benefits in that dividends can be reinvested as Einstein would have liked! "Get stuck in now" is probably how we would phrase it.